When, in the early years of the 19th century, the architects and designers of ‘modern’ Torquay planned where the new villas and town houses, crescents and terraces should be located, they took good care not to violate the natural contours of the hills and valleys and did their best to complement the stunning rural and maritime scenery rather than dominate the surroundings. And so successful were they that the town gradually grew to be not only the wealthiest outside of London but among the most stylish in the country.

But times move on and as the 20th century dawned exclusivity began to give way to commerce as Torquay (and Paignton and Brixham) eventually became popular seaside resorts, seeing a proliferation of accommodation catering for increasing numbers of holiday makers, with many formerly private residences being converted into hotels and guest houses. One such was Phyllis Court, situated on the main coast road connecting the three towns making up Torbay, and described in one pre-war guide as having, “central heating, a sun lounge and an expert chef.” During the 1960s it became the Corbyn Head Hotel, taking its name from an adjacent red sandstone promontory, originally known as Corvenasse, the Saxon for ‘a cut off headland,’ the steady erosion of which lent itself as a metaphor for Torquay’s mixed fortunes over the following decades as cheap excursions to the guaranteed sunshine of Spain, Portugal and Greece drew a lot of potential visitors away from the traditional week or fortnight on the ‘English Riviera.’

Fast forwarding to 2018 and the appearance on the local scene of the Singapore-based Fragrance Group. Already the owners of several hotels in the north of England, they then looked south west, and Torquay’s Palace Hotel was soon purchased, and at the time of writing  the former Bishop of Exeter’s home, Bishopstowe, built in 1840-41, is being demolished to make way for a block of apartments. The same treatment is being meted out to the old Park Hotel, on Paignton’s sea front, and bulldozers must be ready to move in on the Light House, a pub down the road, two more Fragrance acquisitions. Which brings us back to the Corbyn Head Hotel.

Situated as it is below Livermead, a quiet residential area comprising of old and new builds blending in well together, this hotel has also been bought by Fragrance, for £2.35 million, and local people’s apprehension as to what would follow was justified when the ubiquitous Kay Elliott, the go-to architects for would-be developers, came up with a scheme thought so unacceptable to Leon Butler, chairman of the ward’s Community Partnership, that he described it as, “some monstrosity of a development,” and claimed, “that new hotel will need to shrink by half to fit in with the neighbouring buildings.” And so the scene was set. Emboldened by a recent campaign that prevented a high rise hotel (architects: Kay Elliott) from being built across the bay on Torquay’s historic harbourside, residents of Livermead and beyond are now taking the Fragrance Group on, and a change of personnel on Torbay Council after May’s elections encourages them to believe that, unlike before, the plans may not now be considered a mere shoo-in.

But to the facts. Most Torquinians are not against the Corbyn Head Hotel being renovated or even replaced per se, but it is the sheer scale of what is proposed that concerns them most of all. In a nutshell, the hotel at present is a three-storey building with 70 rooms, whereas the new one would have 152 rooms in six storeys. In other words it would be twice the size it is now, and of an ultra-modern design far out of keeping with the rest of the neighbourhood. Hence the flood of objections going into the old council that still seemed oblivious to the opinions of council tax paying local residents and appeared  more content to pay lip service to outside vested interests. No one is yet suggesting that any chicanery has taken place between the parties concerned, just a demonstration of a bland disregard for those doomed to live within the building’s shadows, the loss of tens of thousands of pounds to the value of properties after sea views have been expunged, and the noise coming from the rooftop bar/restaurant disturbing the peace at night. And although members of the Planning Committee may not necessarily be swayed by these considerations, others will come into play when next they meet to deliberate on this project.

It is hoped that they will take on board this from the National Planning Policy Framework (para.127c), which states that new developments should be,” sympathetic to local character and history, including the surrounding built environment and landscape setting.” So it is a mystery why the Torbay Design Review Panel did not see the new scheme as contradicting this dictum and act accordingly, puzzling objectors, some of whom have their own thoughts about the make-up of this team and its ultimate purpose. Indeed, Torbay’s own Local Plan (DE4) states that new buildings should be constructed to the prevailing height of others within the area. And the Torquay Neighbourhood Plan (Policy TH8) also reiterates that, ”Development must be of good quality design, respect the local character in terms of height, scale and bulk: and reflect the identity of its surroundings.” Also hopefully  the members of the Planning Committee will at least have read the council’s own documents regarding the above, while considering other relevant details concerning the compromising of privacy and  noise, air and light pollution.

Another bone of contention is parking and traffic. The requirements for any such establishment is one car per room; what is proposed are spaces for just 89 cars, when the number of rooms Fragrance and Kay Elliott want is over 150. And will there be adequate space for coaches to drop off or park at any given time? There are also real concerns about large vehicles loading and unloading on a nearby dangerous hill junction.

You will not find many people in Torbay who are against new money coming into the area, to boost trade and increase the number of jobs, but there is a fear of unsuitable development compromising the unique look and feel of Torquay, Paignton and Brixham, especially in the coastal zones. If the Fragrance Group genuinely want to be part of the Bay’s future then I suggest it sends representatives down to observe how our forefathers went about things 200 or so years ago, and talk to local residents about what they think is best for their communities and what is not, and question whether erecting huge concrete and glass edifices housing budget hotels is really the way forward. To date over 200 official letters of objection have been lodged with the council over this scheme, with only four in favour. Coming on top of a recent referendum that saw 88 per cent support for a Neighbourhood Plan calling for more protection of Torbay’s greenfield sites from over-development, then it is to be hoped that Fragrance will be obliged to take their present plans back to the drawing board.

One thought on “Corbyn Head Hotel”

This site uses Akismet to reduce spam. Learn how your comment data is processed. 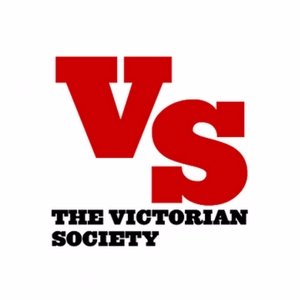